You Couldn't Live On It

That's my message to Republican National Committee Chairman Michael Steele tonight.
Perhaps it's all he needs to know about minimum wage.

So, last night MSNBC's Lawrence O'Donnell tried to find out if the GOP Chairman is on board with candidates who think that way. Here's what happened:

He makes $107.21 an hour! And this is just his base pay for heading up the Republican National Committee.  He reportedly earns another $8K-$20K whenever he makes an appearance or delivers a speech.

On the other hand, a person making minimum wage who is lucky enough to work 40 hours a week makes $15,000 a year.  The minimum wage earner who is only scheduled for 30 hours a week (so his/her employer doesn't have to offer benefits) makes just $11,300 a year.

Same for this guy... 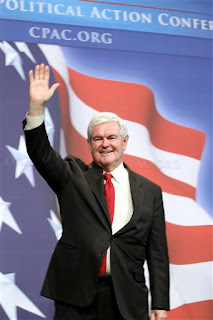 And this is supposed to make people run away from Democrats?

The case could be made that Democrats at least seem to know that $15K a year is not enough income to put food on a table.

I won't even bother to pitch the case that the GOP is the party that made the economic mess we're in right now.  But I would like to suggest that people who don't have a clue what they're paying their housekeepers, their gardeners, the guy making their coffee, the woman ironing their shirts...

These are not the people who should be allowed to decide whether or not minimum wage legislation is important.

I hope Main Street is paying attention.
Posted by mamadelapaz at 7:46 PM

Two people are on the wrong sides of two bridges in dangerous disrepair. The must cross to carry their child to life saving aid but there are no resources on their side of their bridges that would allow them to make repairs...so they cross anyway. Remarkably both make it without injury to themselves or their children. One of them collects repair materials and goes back to fix the bridge so his neighbors can cross safely in the future. One does not.

Which person do we want to emulate?