The Faces of Springtime

It's the first day of Spring.  I have the windows open.  The sky is a beautiful, cloudless robin's egg blue. Squirrels are chattering, doves are cooing, balls are bouncing, flowers are blooming...

And I am brooding.

It has happened this way every year since 2003.  That's the year I awoke on the first day of Spring to find reports of the US attack on the presidential palace in Iraq splattered across the front page of my newspaper.  We were "shocking and awing" all over the map in Iraq.  Saddam Hussein had fled like a roach in the kitchen at midnight...8,000 Iraqi troops were preparing to surrender...6,700 Iraqi civilians were about to die - all in the first three weeks of the US/UK Spring 2003 invasion.

I'm not going to bother disaggregating that number into "us" and "them" or "combatants" and "civilians" ...  I'm going to suggest we just think of them as people.  Dead people.  People who might not have died if war had not seemed necessary.  We are talking about sons and daughters of mothers and fathers, good people and bad people, people who picked up a weapon with an intent to kill, and people who went to market with an intent to cook dinner. 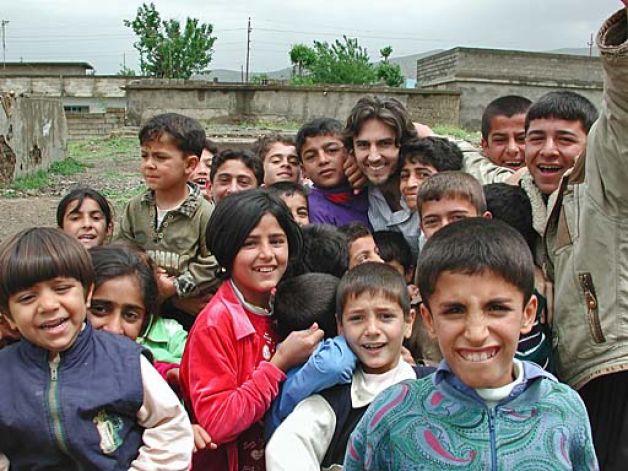 For perspective on that large number:  We have 285 cities in the United States of America with populations over 100,000.  Of those 285 cities, 150 have populations smaller than the death toll in Iraq.  Knoxville, Tennessee...Jackson, Mississippi...Tempe, Arizona - to name a few.  If any of those cities lost 174,000 people - well, they'd be empty.

People did not want the war we started.  63% of Americans hoped for a diplomatic solution to our problems with Iraq in 2003.  62%, in fact, believed the threat of terrorism would increase if military action was taken.  (CBS news poll, 2003)

Six weeks before the invasion the largest coordinated anti-war rally in history was staged in 800 cities around the world.

A month before the invasion France, Germany, and Russia refused to sign on to a sword rattling resolution for war at the UN security council and requested more intense weapons inspections to avert military action in Iraq.

Nine days before the invasion, New York city passed a resolution opposing war against Iraq - joining more than 150 other US cities expressing the sentiment of NYC Councilman Alan Gerson who said, "We, of all cities, must uphold the preciousness and sanctity of human life."

At the time, I really believed we were going to dodge the war bullet.

I've never hated being wrong so much or for so long...

"It was a war conceived in Washington as a quick response to the so-called terror threat from Saddam Hussein. But ten years later, the costs of the war are still being felt in Iraq and beyond. Over 100,000 people killed, billions of dollars squandered, and a generation of Iraqis dealing with its legacy. The initial US and British-led invasion ended with tanks entering the centre of Baghdad three weeks later and Saddam Hussein's hold on the country quickly collapsed. But Iraq was far from stable and US President George Bush's now infamous declaration of victory was in contrast to the long and violent insurgency that was to follow, and with no weapons of mass destruction found in Iraq, the main pretext for the war had been discredited.