Who Wants to Be President? 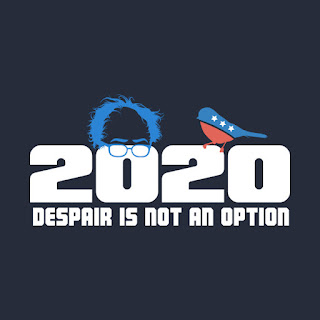 Yep, that's right. As of this afternoon, 184 Democrat hopefuls have filled out a Statement of Candidacy form with the Federal Elections Commission. 69 Republicans have also made their intentions clear, along with 19 Libertarians and 14 Green Party candidates. Sprinkle in affiliates from People Over Politics, the Jewish/Christian National party, the Independence Party, The American Independent Conservative party, the Commandments Party (to name a few), and the total number of people registered with the FEC to run for President in 2020 comes to 538. We are still 623 days out, so check back often to see who else hears the call to Lead.

Surely, I thought, this is unprecedented. It must be Donald Trump has opened wide the gate for the Seymour Cats and Pig Refinos and Sexy Vegans (real names on the filed list) to believe all a candidate needs is natural-born citizenship, 35 years on the planet, two thumbs and a Twitter account to be President of the United States.

You get the picture. It's America. And despite what we read online and believe when we watch House of Cards, nefarious evil-doers are not the only people in the queue with hopes and dreams for the country. This is still a place where the process includes every wacky one of us. 2008/2012 gave us Stephen Colbert for President. Roseanne Barr was a Green Party candidate in 2012. Pat Paulsen ran a funny campaign in a very unfunny year, 1968 (We Can Be Decisive, Probably). Gracie Allen "campaigned" with the help of husband George Burns as a candidate for the Surprise Party in 1940.😊 1984 and 1988 gave us Bloom County's Bill. The Cat. 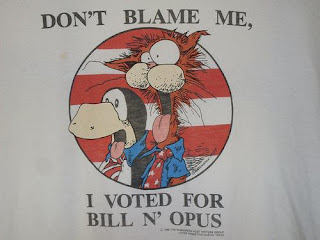 It would be wrong to leave you with the impression that filling out FEC Form 2 gets anyone terribly close to the oval office. Take a look at those columns at the FEC site labeled Receipts and Disbursements. It's an unholy amount of money. Required, it seems, to woo voters from sea to shining sea.

I hear Bernie raised $1 million this morning in 3 hours.

There is no blocking an American citizen from joining a list of filers...that's nice. Go ahead, make your mark. You and your BFF start the People's Party of Peace and Love. File Form 2. Put it on your resume.


But live with our reality: There is a $400 million (at least) pot hole in the road between filing SEC Form 2 and moving to 1600 Pennsylvania Avenue.

Peace.
Posted by mamadelapaz at 10:11 PM No comments: Links to this post