I am at the desk this morning to work on a book.

It's a book about a family of women and war. Specifically, a family of wealthy Texas women and the US war in Afghanistan. And a daughter who becomes a casualty of that war.

To do this work, I have steeped myself in as much of the truth about our war in the mountains and valleys of Afghanistan as I can stand. It has been a process of immersion and gasping for air as I've watched documentaries and YouTube videos, read blogs and military websites. At the end of the day, I have a lovely, peaceful, upper middle class life to return to, and so...of course...I walk on.

But I cannot claim to be clueless.

Today, no one in America who can read or turn on a radio or linger in front of a TV can claim to be clueless. Another horror of war has come to our lovely first world living rooms this morning, and it looks like this... 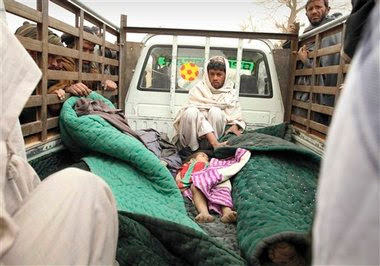 Yes. This is one of the children killed by a US army staff sergeant in the wee hours of Sunday morning, as he walked house to house less than a mile from his base, killing unsuspecting Afghans as they slept. The number of victims, according to military spokespersons this morning, is "somewhere in the teens."

This is what the Taliban has to say about us today:
"sick-minded American savages" committed the "blood-soaked and inhumane crime"...

I find the rationale hard to argue.

But here's the truth about war...when we put guns in the hands of men and women and train them to kill people, we are promoting sick-mindedness. Say what you will about defending our freedoms...the hard, cold facts are that we put our military volunteers in dreadful situations with nothing to do but think about killing someone, or being killed by someone. Imagine it for a minute.

Alongside basic tenets of humanity, sanity...Christianity...that is a recipe for sick-minded madness.

This is not a defense of the person (or persons) who walked off a US military base 24 hours ago and went on a killing spree. I can barely breathe today thinking about it.

This is a condemnation of war. Everything about war is an inhumane crime. Think about it.

Who can look at the photo above or read the newspaper or listen to NPR today and not know this: War is not the answer.

And you cannot claim, today, to be clueless.

War is not the answer. Ever.
Posted by mamadelapaz at 10:04 AM No comments: