Food for No Thought


This photo was on the front page of my newspaper this morning: 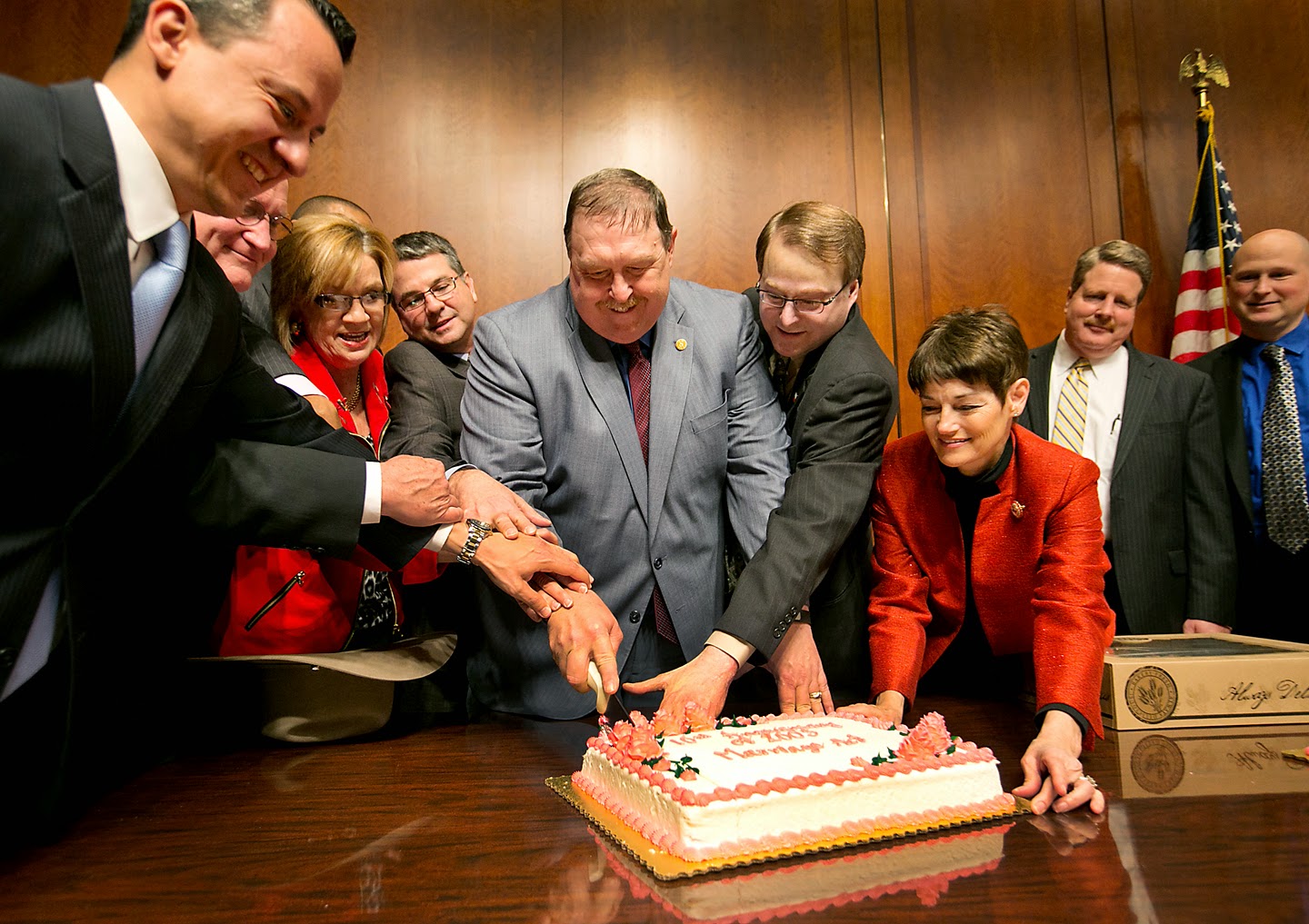 It looked like a pleasant enough event, I thought. Must have been a very special day for someone. That guy in the middle - the one with all the hands trying to touch his hand as he cuts into the cake - it must have been his special day. Oh they were all so happy. They were having cake. It was a party. Hooray! Why can't the newspaper have a happy photo like this on the front page every day?  I wondered that for a second.

And then I zoomed in on the danged cake: 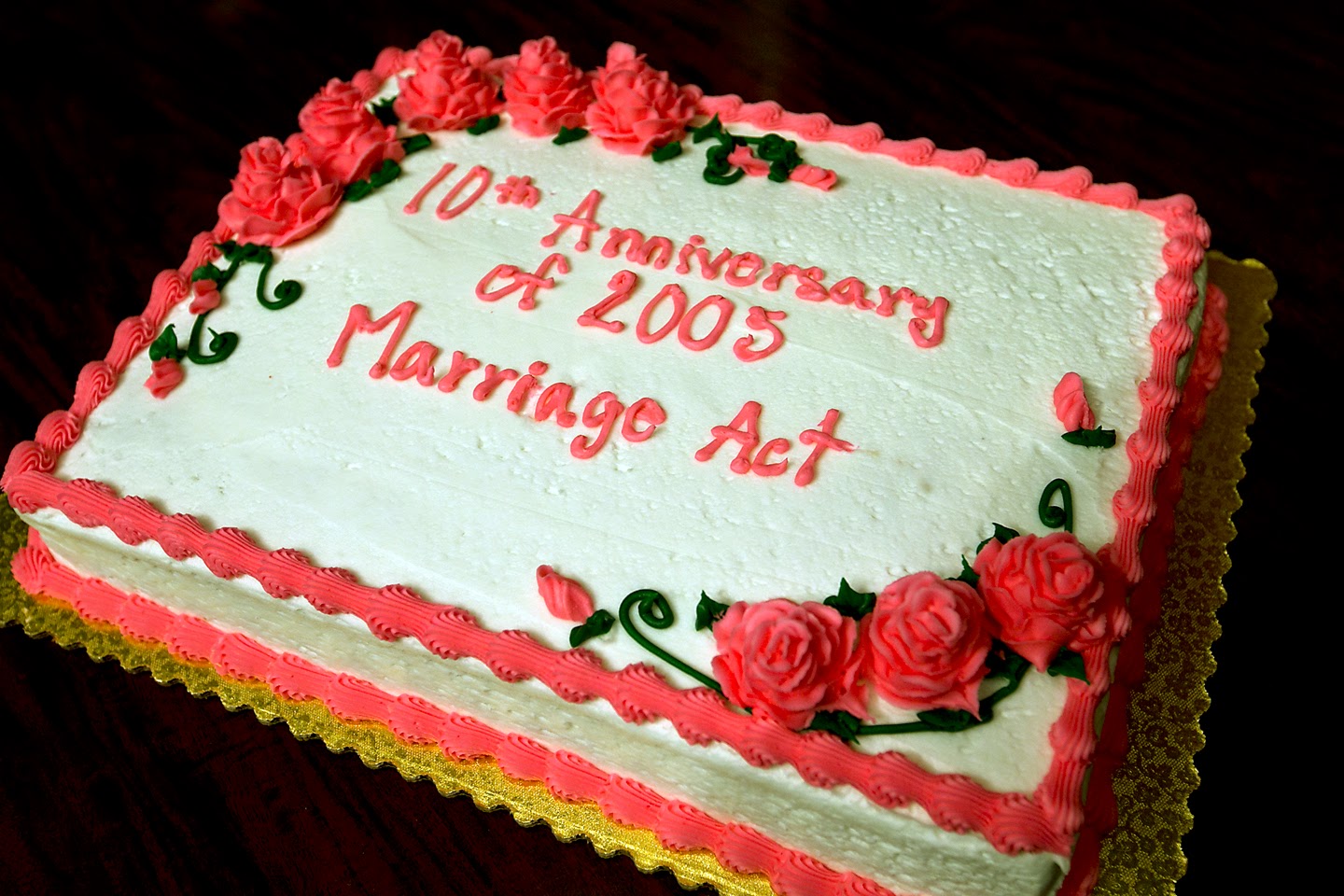 The 2005 Marriage Act - in case you're wondering what kind of glorious legislation gets its own birthday party (6 months early) at the Texas State Capitol with elected representatives of our government as guests of honor - is Texas' official DO NOT CROSS line on the subject of same-sex marriage. Or, in the words you might hear in some of the towns where the legislators pictured above come from:  "We're agin' it."

Ha! you silly cake eaters. I guess you heard what happened last week just around the corner from your party venue? Yeah - this: 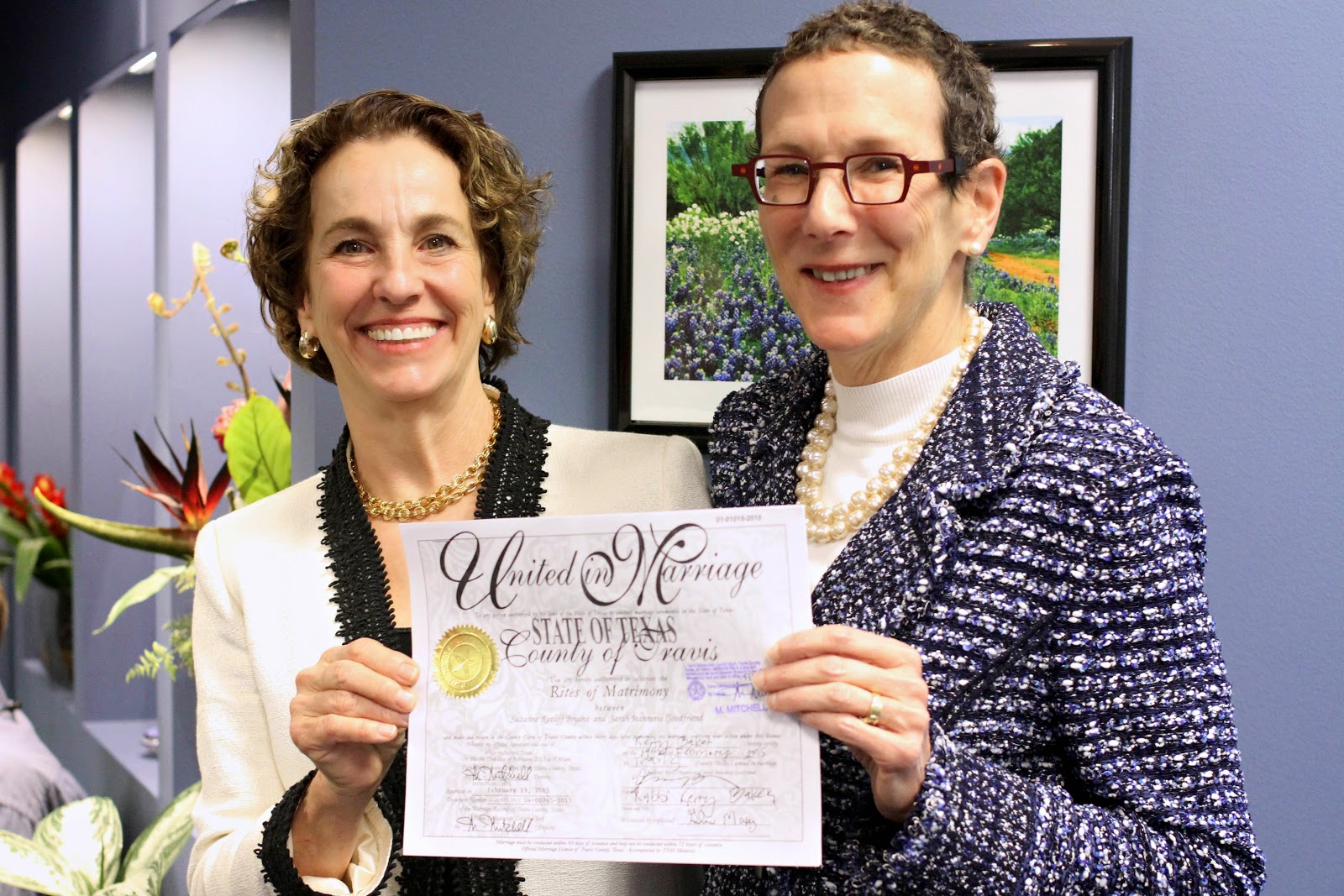 These would be the very newly wed  Suzanne Bryant and Sarah Goodfriend - a couple for 30 years, the last 8 of which were spent trying to get married in their home state. Last Thursday, a state district judge decided Ms. Goodfriend's perilous health was reason enough to side-step the constitutional ban on gay marriage (currently being challenged in federal court). He instructed the Travis County clerk not to rely on "the unconstitutional Texas prohibitions against same-sex marriage as a basis for not issuing a marriage license." And that - my friends - was a lovely front page photo last Friday morning.

But this Christian cake eating bunch? No thank you. I don't care if it is Faith and Family Day. It's a pathetic show of public ignorance and a disgrace - once again - to anyone at the Texas Capitol who conducts him/herself in a professional manner.  Disagree if you must, but make a photo op out of cutting a cake like it's your grandparents' 75th wedding anniversary? Seriously?

I look forward to hearing what Jon Stewart has to say about you.

And if an icing-rose-trimmed, pink and white cake is all you've got, people, I have to say I can't wait for the photo of the pie in your face(s) that is coming when the last of the 13 states that still ban gay marriage are told the party is over by the US Supreme Court.

Until then - please take your pea-brained, backwards-thinking, mean-hearted parties - if you must have them - to the back room where photographers can't see you acting like fools.


Posted by mamadelapaz at 7:03 PM No comments: