Honestly...at 3 AM this morning, I doubted the sun would ever come up again.

And I was certain I didn't want to see it if it did.

The first words out of my mouth as I rolled over and realized that - yes - a new day had dawned: Is Donald Trump still the president-elect?

Sigh. I heard Barack Obama say it just 90 minutes ago...The sun is up.

So, I guess we choose to move forward?

I have been on the losing side of elections many, many times. I am, after all, a tiny, blue spec on the big, red sea of Texas. When we have lost at the polls before, we've sighed, poured some vodka over ice, and dusted ourselves off for the next round. (My friend Judy Jennings, for instance, just ran her THIRD unsuccessful campaign for a seat on the Texas State Board of Education. When I say we blue specs are tenacious and resilient, I mean it!).

We have never wondered if the world as we  know it is on the brink of disaster. We have never imagined one election could change the fabric of the school district, county, state, or country. We have never been quite so dazed and confused.

Can it really be that fear...that very calculated, highly effective campaign tool that stirs the frenzy stew...actually gets out the vote?

Donald Trump made fear his brand. He rode it. He engendered it. He sprinkled it along the path like breadcrumbs to that house in the woods made of gingerbread and candy, with a murderous fire ready to lick at the heels of those who grew too curious.  His public behaviors for the last 18 months have been bullying, degrading, narcissistic, uncooperative, and especially embarrassing coming from someone on our country's biggest worldview stage.

Now he is the President-Elect.

Am I sorry America didn't elect a woman president last night? You bet I am. I had plane tickets in the queue and inaugural ball dreams dancing in my head at this very hour yesterday. But it's not the "psychogender dynamics" (I heard that phrase on TV this morning) that has me grieving today. I believe a woman will make it to the White House before I die. It's on my bucket list.

But as I search my psyche today, the fact that America chose against electing a woman is not what has me in a fog...

It's the picture of a country at least half-full of people motivated by fear of others (at worst), and self-centered, me-first governance (at best).

It's the knowing I live in a place that accepts a kind of nationalism expressed with slogans like: "Build a wall. Kill them all." "Trump that Bitch!" and "Kill Her!" that has me in a near catatonic state today.

It's having lived through the months-long, never-ending barrage of angry-white-man crazy talk (i.e., I'm beautiful because I'm rich and She's disgusting. Have you seen her?) spewing from the GOP candidate's mouth like residual ash from an always-active volcano that has me wanting to run with my granddaughter to Canada.

For the first time in my long voting life, I really can't see myself holding hands with folks on the other side. I find no bridge to GOP voters. I find absolutely nothing positive to think or say or imagine about the President-Elect. I am a stranger here.

So, yes...the sun did come up today. I'm just not sure I recognize the place. I have remained mostly silent. In my pajamas. With coffee in my hand and soup on the stove. Cookies on a plate in the kitchen.

Like a blind woman, I have tried to navigate the new day's reality by feeling my way along aching emotional walls. But I keep tripping on the words below - spoken in the light of this new day by a very classy Hillary Rodham Clinton:

She also said we owe Donald Trump an open mind and a chance to lead.

May our best days, in fact, be ahead of us.
Grace for me, please, if today is not one of them.


Posted by mamadelapaz at 3:41 PM No comments:

My mama did not like surprises. Or parties she didn't throw. Or being the center of attention. So to say it was hard to celebrate her is a bit of an understatement. It was impossible.

When she died just over two years ago, we came across a note she'd left where we couldn't miss finding it:

No service! She had written. Just say a prayer and sprinkle my ashes over your dad's grave.

To that note I said, If you die, you don't get to decide. And we had a lovely service full of beautiful memories shared by nearly all her nine grandchildren, Come Thou Fount of Every Blessing sung by two of her grandsons, long-journeyed relatives and friends sitting alongside us laughing and crying, and some all-star praying from one of Mom's favorite pastors.

But she had to die for us to pull off such an elaborate shindig.

Today, my mama would have been 85 years old, and oh, how I wish my three sisters and I were planning a sneak attack of cupcakes and flowers and gifts that she would graciously acknowledge by telling us she'd had enough birthdays and we should be spending our time and money some other way.

After the modified appreciation perhaps we'd all sit in her well-appointed living room and eat too much cake and drink coffee together. I hope we'd ask her all the questions I've regretted not asking her when I had the chance:

Who is that man in the picture with Grandmother?
Did you ever think you couldn't forgive Dad for something?
What kind of young mother did you think I was?
Where did you learn to be so friendly with anyone/everyone? (How did I turn out so opposite?)
Why did you stop drawing?
What is the magic in those brownies?

I feel like I could go on and on with the questions, because at least one new one has popped into my head every single day in the 762 since she died.

Today is Mama's birthday. I plan to celebrate her life by writing a letter to one of her oldest, dearest friends. Maybe I'll ask him a few of the questions.

And I am writing this as a cautionary tale to all who still have Mamas in this living, breathing space:

Sit with them.
Ask your questions.
Record their voices.
Secure the recipes.

And, well...take a cake, whether it's her birthday or not. She deserves to be celebrated.

Posted by mamadelapaz at 2:33 PM No comments:

Pinning a Ribbon to My Soul 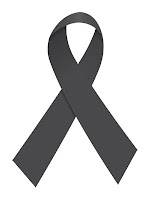 That numb spot in the middle of my soul today...

I was fairly worried about it.

It's the place I usually go to visit my horror and outrage and overwhelming sadness over evil in the world. It's that crack inside my "go along/get along" vessel that allows me to feel compassion and broken-heartedness when other people suffer. It's what I often write about here - the things I find when I sit with my soul.

But today...I felt locked out of that place. I was there, knocking at the door, but there was just no answer. No sounds of life inside, either. It was as if the tenderness that lives in that deepest part of me had put out a DO NOT DISTURB sign and gone to hide under the covers.

I was there, of course, looking for some authentic feelings about what happened in the wee hours of yesterday inside a busy night club in Orlando, Florida. Forty-nine happy, Saturday fun-seekers were slaughtered while they danced, flirted, and drank their last drink of the evening. Fifty-three others were wounded. Who knows how many more were completely ruined by the terror that ran through their veins for three horrible hostage hours...

I began the day by trying to write about the gun - the AR-15. That designer weapon of choice for America's mass shooters. The guns feature prominently in a novel I wrote about snipers and war. I went back to my research today, scoured a website called gunpolicy.org for statistics, and even tried to figure out how a regular person living in the suburbs of Austin would buy a weapon of mass destruction like an AR-15. I discovered it's entirely too easy. I can get my hands on an AR-15 much quicker than I can find an ounce of weed in my neighborhood...I'm fairly certain of that. It's easier than buying two boxes of Sudafed...as Twitter reminded us months ago. 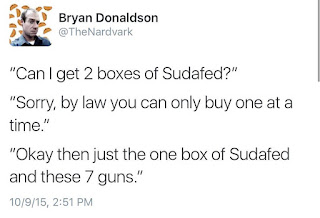 Still...no response from inside the depths of me. The statistics (138 dead in mass killings in the US over the first 165 days of the year) fell flat. The charts and graphs comparing gun deaths from country to country (the USA is definitely a strong #1 in this category), just made my head hurt. Friends and family urging me to join Moms Demand Action (I joined months ago) produced a smile. But a sad one.

And so, here at the end of the day, I have done what I've known all along I must do. I have looked at the names and pictures of every victim of yesterday's unbelievable massacre. In the process, I have managed to superimpose my own son onto the handsome face of Eddie Justice, who was texting his mother from the bathroom where he had hoped to escape death. He didn't. 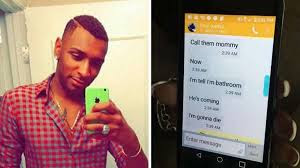 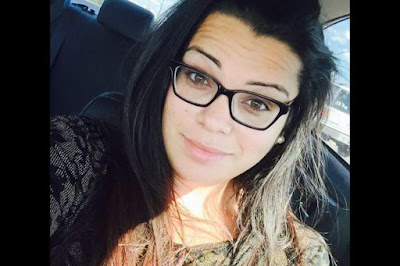 I have studied every wonderful, full-of-life face that Time.com culled from the internet. I have sighed deep sighs and written these words.

It's not the fact that the people killed so violently Sunday morning might have been gay that gets me...although I do have dear, dear people in my life who are gay and they now have reason to feel more afraid. It is the very presence of these beautiful human faces on my computer screen that has finally propelled me to the heart-brokeness that every American should be feeling today.

These are the faces of our own sons, daughters, sisters, and brothers. Their lives mattered. You can see that when you look at the photos.

But we live in a country where one sick bastard can buy an $800 military weapon and shoot these people down while they dance.

My soul is tired and frightened. But it has let me in to cry tonight.

In our rush to join a cause, carry a candle, blame a system...I hope we will be still long enough to look into these faces and simply begin to pray for a kinder, gentler world.

Posted by mamadelapaz at 10:46 PM No comments: