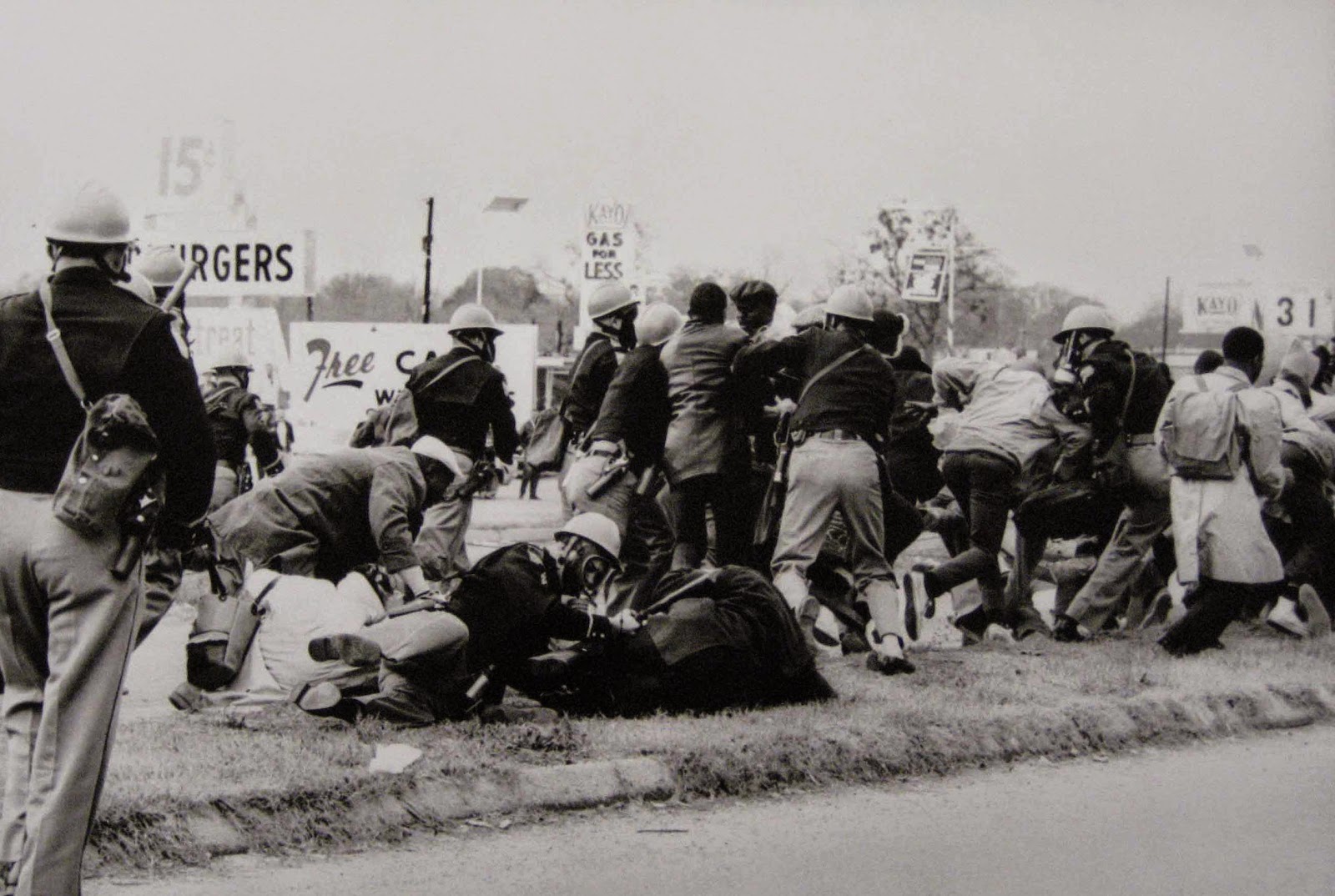 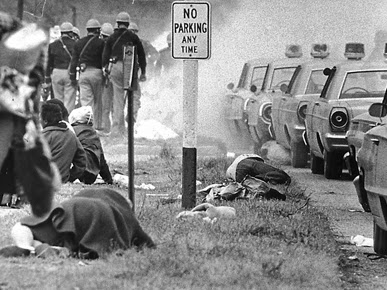 It's March 7, 1965 - aka Bloody Sunday. The day free citizens of the United States of America who were exercising their constitutional rights to free speech by embarking on a peaceful 50-mile march from Selma, Alabama to Montgomery, Alabama were beaten and tear-gassed and trampled by white law-keepers on horses before they ever made it out of town.  All the marchers were after was an opportunity to register to vote - a right guaranteed to every American. Even the dark-skinned ones of African heritage.

I was an 11-year old 6th grader living in the civilized South of Nashville, Tennessee in 1965. The only black people I knew were women who came to our house to iron clothes, make beds, and babysit. I can't tell you why I don't have a memory of this day because I let my mother leave this earth seven months ago without ever asking her... "How did I not know?" "Why did I not care?"

I don't remember anyone in my 1-8 grade elementary school talking about Selma. In contrast to the day almost five years before when JFK had been assassinated on the streets of Dallas - I do not remember adults taking a moment to cry in the corner of the room.  How can that be?

This was not talked about in my house. Not this, not the bombing of the 16th Street Baptist Church in Birmingham in 1963, not even Martin Luther King - until his assassination in 1968.  I had heard the name, but was not sure - at the age of 15 - why the name should matter.

That is the truth.

Today, as I watched history re-told via the movie Selma**, I cried and wondered, as I have so many times, why didn't my parents talk about this? How could they see and know what was happening to people just 250 miles from our front door and not pack up their four daughters and head to Selma when Martin Luther King passionately implored Americans who cared about freedom to "Come to Selma!"...?

Honestly. I am questioning my DNA...
As well as our amazing human ability to turn away from opportunities to stand up and be counted.

So, in honor of Martin Luther King, today I have asked myself what moments in history my own children - now 28 and 31 - will hold me liable for for sweeping under the rug.  Honestly, I can't even bear to attempt the list, but I intend to ask them: What do you wish your parents had stood for?

And I am making myself a promise to listen carefully to the voices of the world.

I do not want to miss an opportunity to "Come to Selma!" ever again.