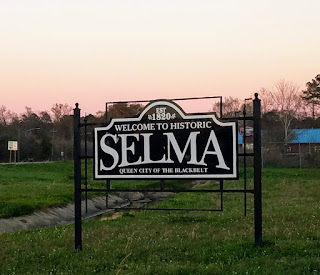 That wanders a river... 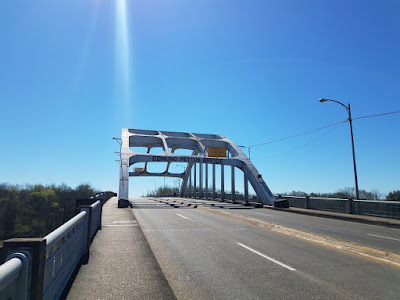 That carried a movement...
That changed a country...

You likely know about Bloody Sunday on the Edmund Pettis bridge. March 7, 1965. The day 600 marchers left the Brown Chapel AME church in Selma, Alabama and walked, by twos, six blocks to the middle of the road bridge stretching across a wide swath of the Alabama River. You probably know a 25-year old John Lewis was at the front of the line of marchers who set out to walk 54-miles of rural highway to the steps of Alabama's capitol building where demonstrators hoped to meet with then-Governor George Wallace to talk about voting rights for Black Americans.

You surely know the group was met by a force of law enforcement that stopped the march in its tracks with billy clubs, dogs, and tear gas. 17 people were hospitalized that day. Almost 60 were injured - beaten back by police the entire 6 blocks from whence they came. Yep. The whole six blocks.

But it is on this day - two weeks post-Bloody Sunday - marchers actually made it across the old Edmund Pettis. On this day - March 21, 1965 - an exponentially growing crowd of people left the Brown Chapel AME church steps, and began the tough journey that made good on March 7th's promise: We Shall Overcome. They made it across the bridge because they were protected, on this delayed day of determination, by federalized law keepers sent by President Lyndon B. Johnson (it seems no matter how many times he was petitioned, Governor Wallace would not agree to protect the demonstrators).

So, stop a minute and think about this march beyond what you know of March 7. Jump forward two weeks (admittedly it's a leap-frog of other important Civil Rights history worth knowing and pondering).

But today - on this historic anniversary - think with me about what went down on March 21, 1965.

Three thousand people began a 5-day walk along a rural Alabama highway that day. They went to church first, because it was Sunday - just like it is today. If you study the old photos, you can see people were dressed in their Sunday clothes - ties, hats, dresses. Not in their "walk-54-miles-over-5 days" REI hiking gear. They were wearing their shiny shoes, not their Nike Airs. They had pocketbooks over their shoulders, not Yeti lunch coolers. A few had bed rolls under their arms, but more had American flags in their hands. They were not texting one another about the weather or pit stops or dangers ahead. They were just walking. For voting rights.

The weather turned rainy and cold that first day. Many turned back to Selma. But at the seven mile mark, the group still numbered in the hundreds. They stopped and camped under four big tents erected on the property of a Black farmer named David Hall.

Monday morning - Day 2. The weather warmed and the highway narrowed to two lanes. Only 300 marchers were allowed to continue. They walked three abreast in one lane of the highway, while cars continued to travel in the other. They walked that way for 16 miles. Camp was made on the property of a 78-year old widow named Rosie Steele. Food was delivered in trash cans by volunteers from Selma.

On Tuesday - Day 3 - a light morning drizzle became a downpour that lasted 11 miles to camp stop #3,  a muddy field on the property of Robert Gardner. Marchers wrapped themselves in plastic sheeting as they walked, and cozied into that plastic as they tried to sleep in a muddy field.

Wednesday - Day 4 - also began with drizzle but warmer temperatures. Mud-caked marchers had another 16-mile day ahead. Much of that day's journey was on wider road, and all day long buses and cars dropped off additional marchers. By the time the sixteenth mile wound around to the grounds of St. Jude's Catholic hospital, the group was 10,000 strong. It was a jubilant night of great welcome and care. It rained. Again. 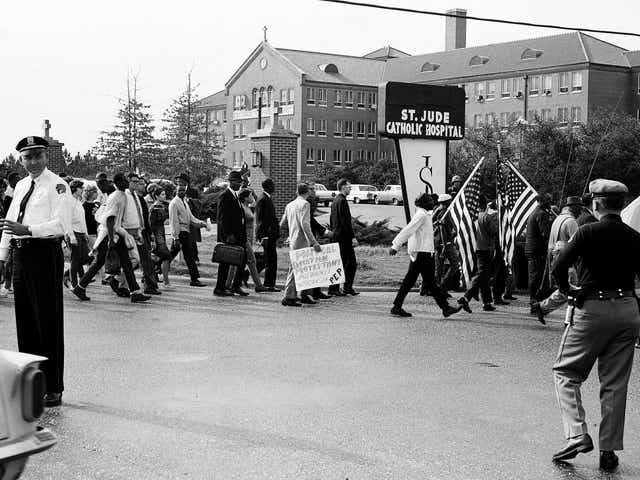 Thursday - Day 5 - the last four miles. By the time the march for voting rights reached earshot of Governor Wallace's office, there were 25,000 people behind the original, long-walking team. Dr. Martin Luther King, Jr. spoke words of victory and encouragement. People cheered the accomplishment. No one breached a hallway or scaled a wall. And...Governor Wallace never appeared. 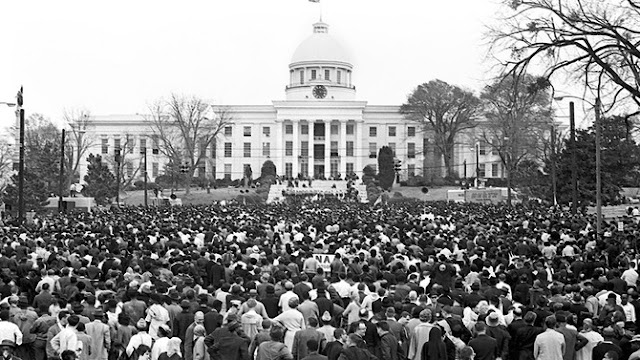 But five months later, on August 6, 1965, President Johnson signed the Voting Rights Act into law. I encourage you to watch his speech from that day - with this warning: If the word "Negro" offends, it will be a squirmy 21-minutes. Still worth watching.
More significant, though, is the video footage compiled from the march.
If you can spare 17 minutes,this one could change you. It's sure to help you remember this day and this movement. And these people: The people who walked 54 miles in their Sunday clothes because they knew and believed the truth of these words: 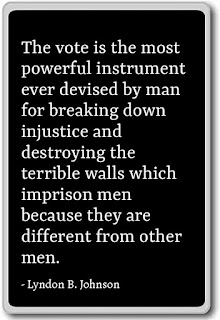 If you don't understand the significance of  the Voting Rights Act of 1965 and can't bother to care too terribly much about the 250 pieces of legislation making tracks in state legislatures right now that would make it more difficult for Black people, people of color, and young people to vote, I have two words for you:

Honestly - I've never had to care much about the history of March 21, 1965 or the Voting Rights Act of 1965 or why it's important for people to be able to vote on a weekend. Or by mail.

But I took a trip a couple of years ago. It began in Selma.

I went to Selma in 2019. I drove - didn't walk - the 54 miles to Montgomery. It was the beginning of a self-made tour of Civil Rights sites, museums, and memorials that changed my life. Every single day, my husband and I would get into our car - usually crying - and asking each other, HOW DID WE NOT KNOW?  If you'd like to make a similar journey, I'd be happy to share our itinerary.

Terri Phelps said…
Wow. This is powerful. And I need it, need to hear the stories I should already know. And we want to go on the civil rights tour. 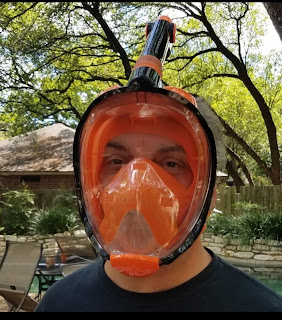 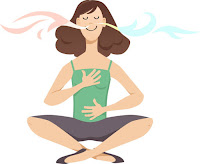